This raspberry coulis recipe is a quick and easy sweet berry sauce you can add to ice cream, pancakes, panna cotta, cheesecake, or use as filling to cakes, tarts, and more! It takes less than 15 minutes to whip up a batch so try adding it to your favorite dessert today! 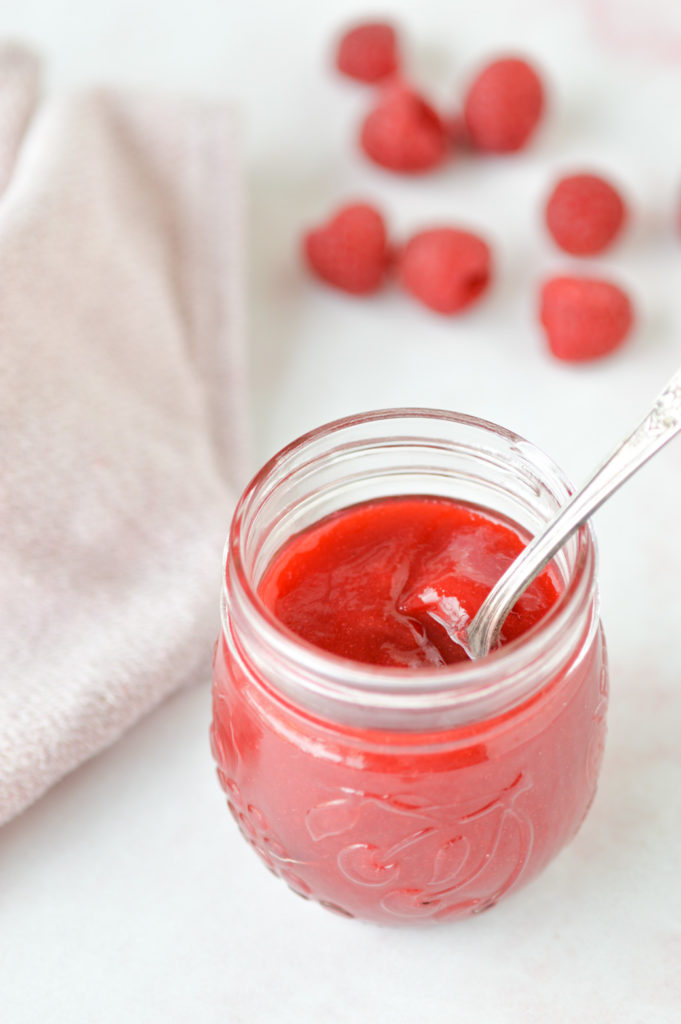 What is Raspberry Coulis?

A Coulis (pronounced Koo-Lee) is french term for a sauce that is thickened and made from pureed and strained fruits or vegetables.    Raspberry coulis is one of the most common coulis and is a sweet coulis made from raspberries that is that cooked, thickened, and strained of seeds.    In most instances, raspberry coulis and raspberry sauce are the same things and the terms are used interchangeably. 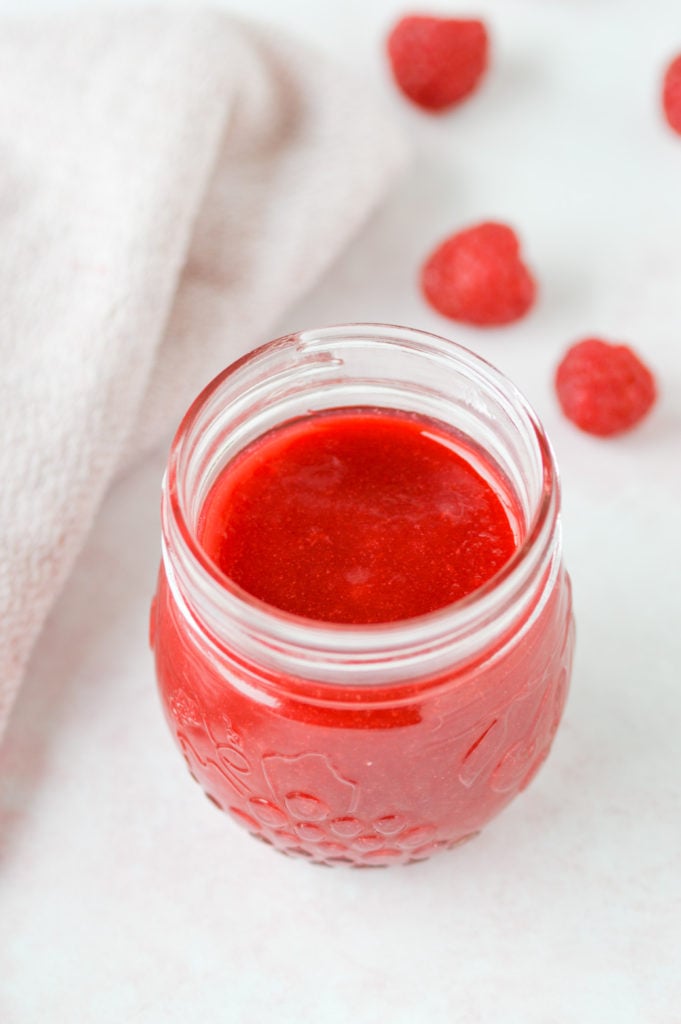 While this raspberry coulis is delicious on its own you can also add extracts or liquors to the finished coulis give it a depth of flavor. The most common flavor additions are vanilla extract or Chambord but you could also try adding a slight orange flavor with orange juice or Cointreau.  You can start with adding ½ tsp extracts and 1 -2 tbsp liquors or juices.

What can I use Raspberry Coulis for?

You can use this raspberry coulis sauce for so many dishes and dessert! Pour on top of desserts like panna cotta, cupcakes, ice cream, cheesecake, brownies, or as a filling for cakes, macarons and other sandwich cookies.  Or simply use it in place of (or in addition to!) syrup on pancakes or french toast. You could even mix with fresh raspberries and put on top of goat cheese crostini or brie cheese for an easy appetizer. Yum!

How to Make Raspberry Coulis

Raspberry Coulis is so easy to make!   First, you heat the berries, lemon juice, sugar, and water until boiling.   Cook for 5-7 minutes until the raspberries break down and the sauce starts to thicken.  Then, take a few tablespoon of the mixture and mix with cornstarch until fully combined.  Put it back into the saucepan, mix, and continue cooking for another minute or two. 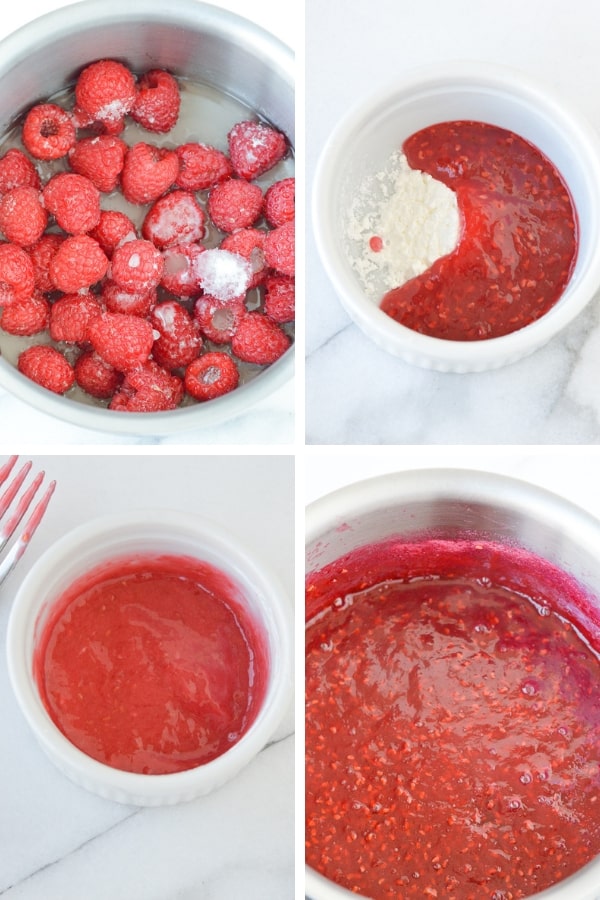 Then, while still warm  strain out the seeds with a spatula over a mesh strainer.   You can even leave the seeds in the sauce if you don’t mind them. 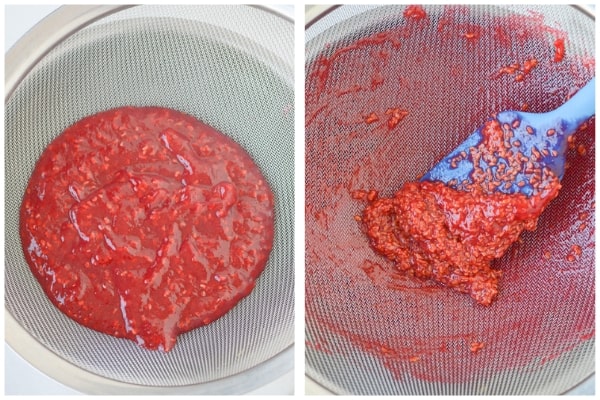 At this point you can add any flavorings such as Chambord or other flavors. It will thicken slightly as it cools. When you are ready to use,  if you want to thin it out, add more liquor, orange juice, or even plain water. 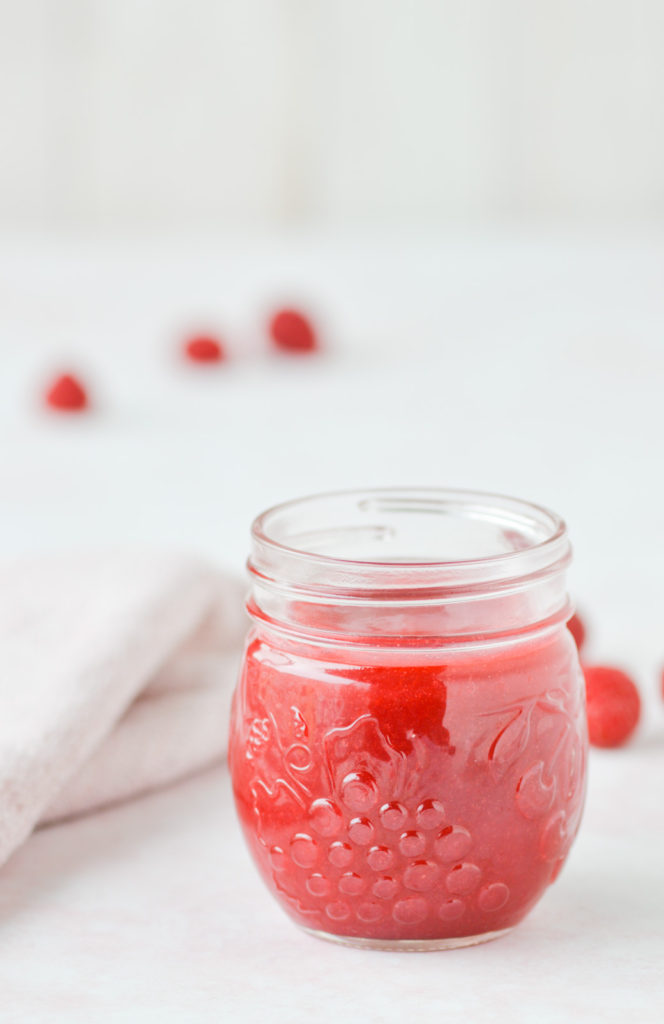 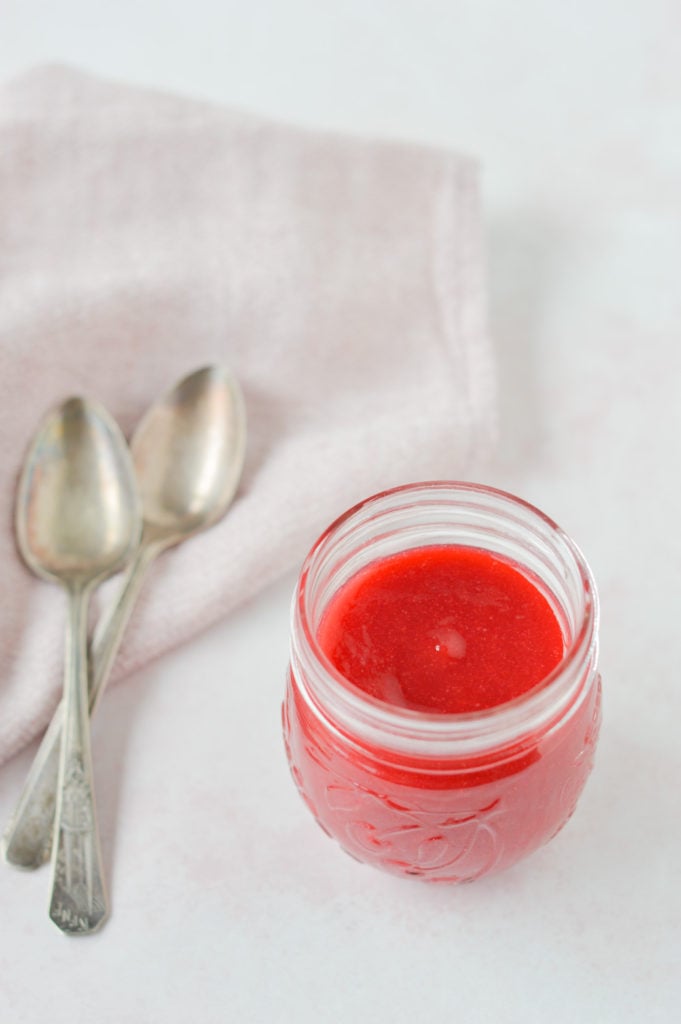 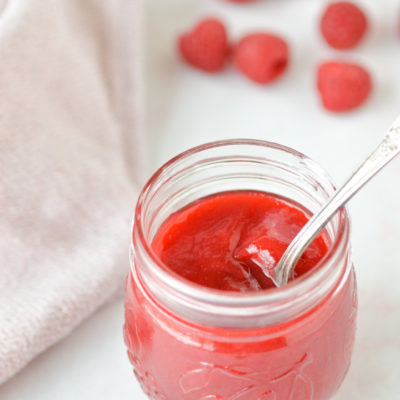 This raspberry coulis recipe is a quick and easy sweet berry sauce you can add to ice cream, pancakes, panna cotta, cheesecake, or use as filling to cakes, tarts, and more! It takes less than 15 minutes whip up a batch so try adding it to your favorite dessert today!
5 from 1 vote
Print Pin Rate
Author: Sophia Assunta