This Braided Bread is perfect for a snack, breakfast, or brunch – not to mention makes delicious french toast.  With a slightly sweet lemon cream cheese swirl, it will brighten up any meal. 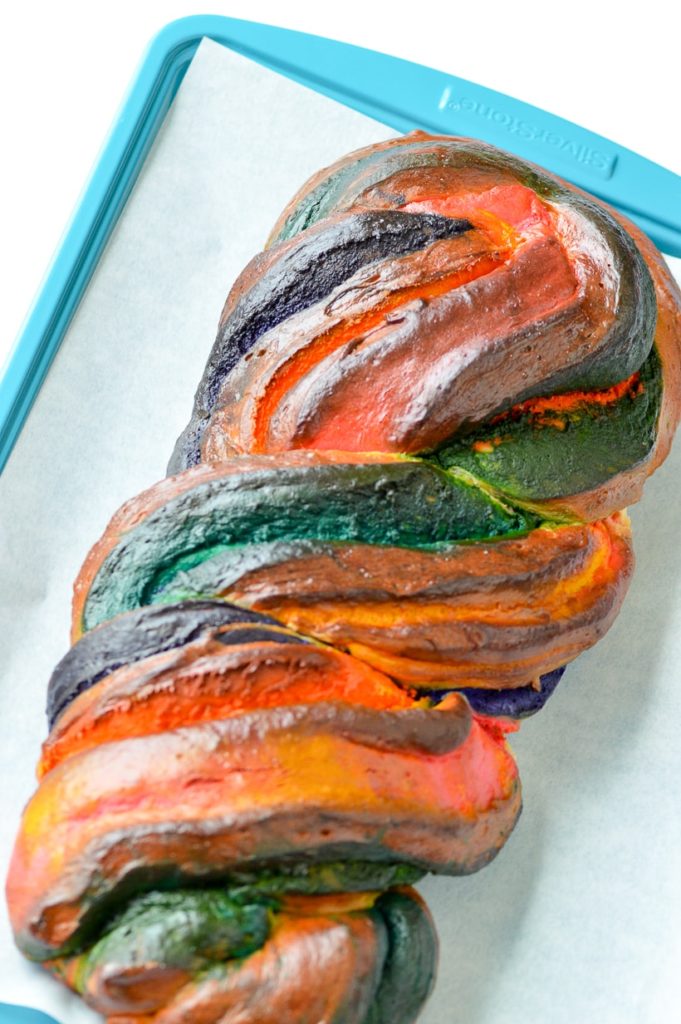 This brightly colored braided swirl bread is really fun and contrary to the length of this post, it’s not that hard to make. I have a hard time with yeast, but I was able to make the bread dough without any issues.    I adapted the dough recipe from the Kitchn. It’s a basic challah and not that complicated at all. I’m sure the brightly colored cream cheese swirl would also be great with a brioche dough. I didn’t go that route because brioche is a lot more time consuming to make than challah.   I love how the bread is so soft on the inside and has such a beautiful dark color on the onside. It browns so nicely and blends really well with the colored cream cheese swirl. I prefer mine sliced, toasted, with a bit of lemon curd to double the lemon flavor. It also makes a very good french toast.

When making the dough, you mix the yeast, water, and some sugar in let it sit about 10 minutes until it’s frothy. 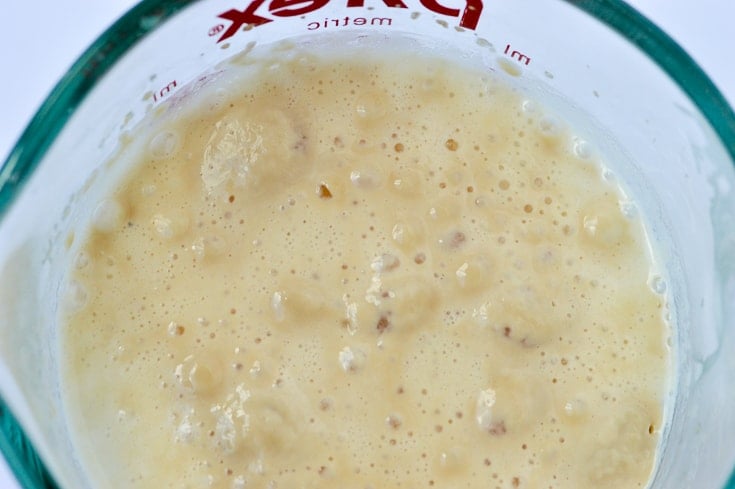 Then add the flour, salt, and sugar in a bowl of a standing mixer.  Making a hole in the middle add the eggs and oil. 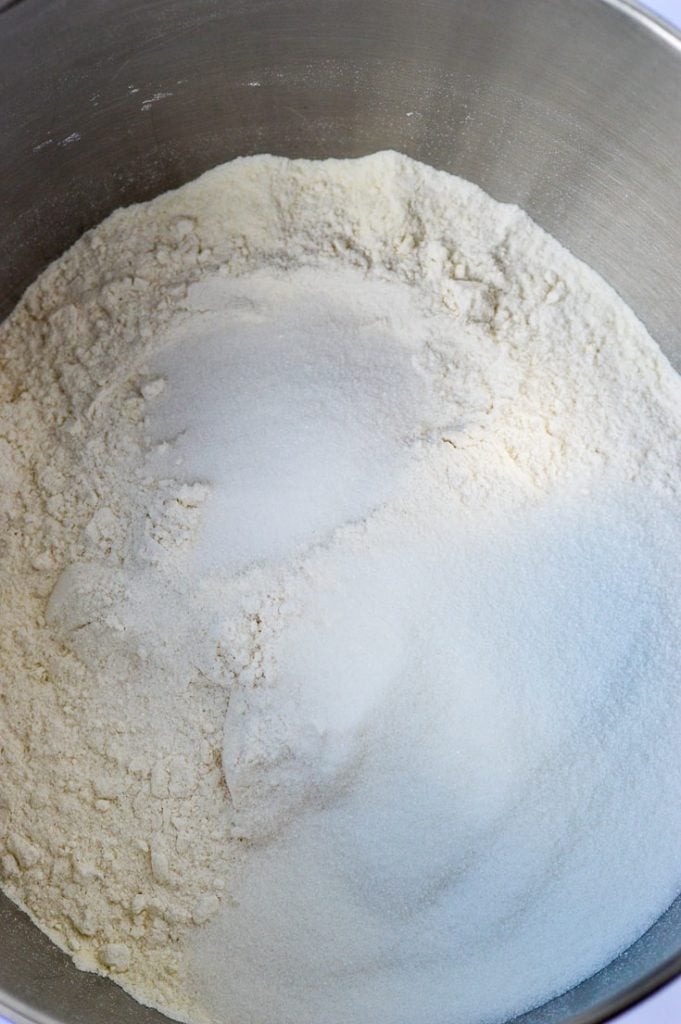 The original recipe said to mix the eggs and little bit of flour into a slurry. I didn’t do this and I think the bread still turned out fine. So, if you want, mix just the eggs and a little of flour until it is the thick in the middle of the bowl (still surrounded by flour).  Then, mix the entire thing together. Then mix in the water/yeast mixture before kneading. Again, I pretty much combined this into a two steps rather than three, mixing the eggs/oil/flour mixture, then adding the water/yeast mixture and mixing until combined. Once it’s combined, you mix with a dough attachment on medium/medium high on standing mixture about 8 minutes, until the dough is a smooth, round ball.

I did have to add more flour than what it called for. I weigh my flour, which might have something to do with it. The dip and swipe method (where you dip the measuring cup into the flour and then swipe the remaining off with a knife) can add a lot more flour than if you weigh it.  The best method I’ve found is to spoon the flour into the measuring cup, then swipe the extra off with a knife. This gets you pretty close the desired weight of the flour. That caveat to this is, if the recipe you’re following is using the dip and sweep method, rather than weighing it or spooning the flour into the measure cup, it can throw off the amount of flour in the recipe by a fair amount.   With most recipes, you can kind of eyeball it if it’s too much or too little.

So, for this recipe if the dough doesn’t come together into a smooth ball, that means you must add more flour.   In this case, I kept adding additional tablespoons of flour until it came together into a smooth ball. The original calls for adding additional flour in teaspoon increments, but I could tell it needed a lot more flour so I went right for the tablespoons. If after few minutes of mixing, the dough is still very sticky and if you touch it your finger is covered in dough, you need to add more flour. I think I added about about a half cup more flour than the 20 oz I started with.  It’s better to start with less and then slowly add more to get it to the desired smooth ball consistency. Once it’s done kneading, you can transfer the dough to a lightly oiled bowl and let rise and hour and half to two hours, until it’s doubled in size.

While the dough is rising, it’s a great time to make the cream cheese spread. You can flavor this however you want. I used lemon, but you could do orange, strawberry, cinnamon, maple syrup, honey, lavender, the possibilities are endless. 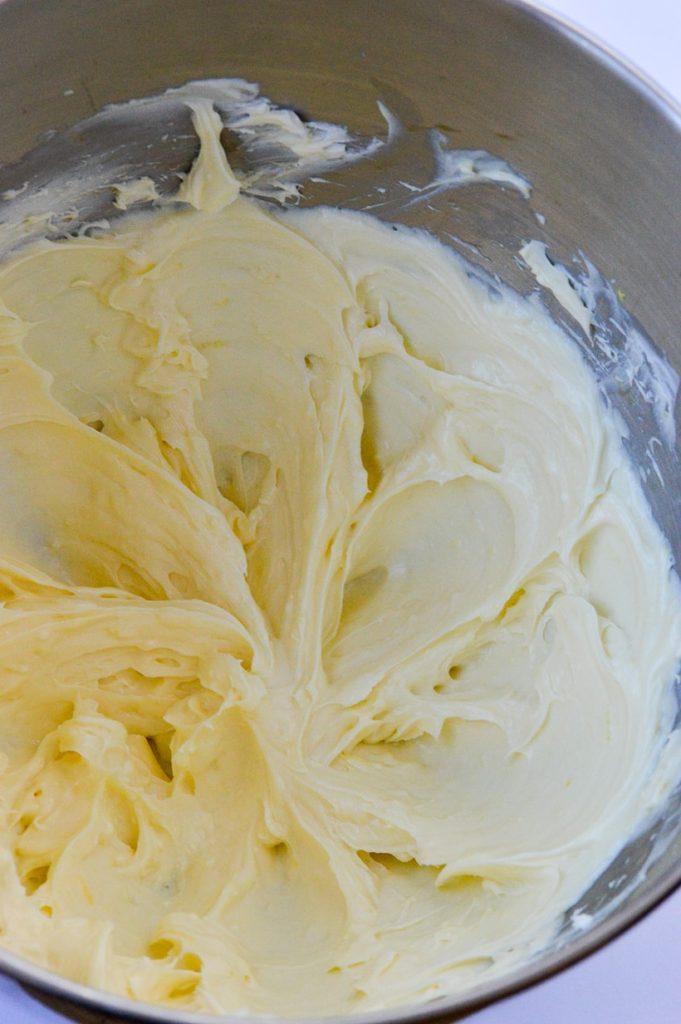 You mix the cream cheese, sugar, egg yolk, and flavorings on standing mixer until light and fluffy. Once it’s mixed, you divide the spread equally into the number of colors you plan on using.  Then add food coloring and mix until combined. 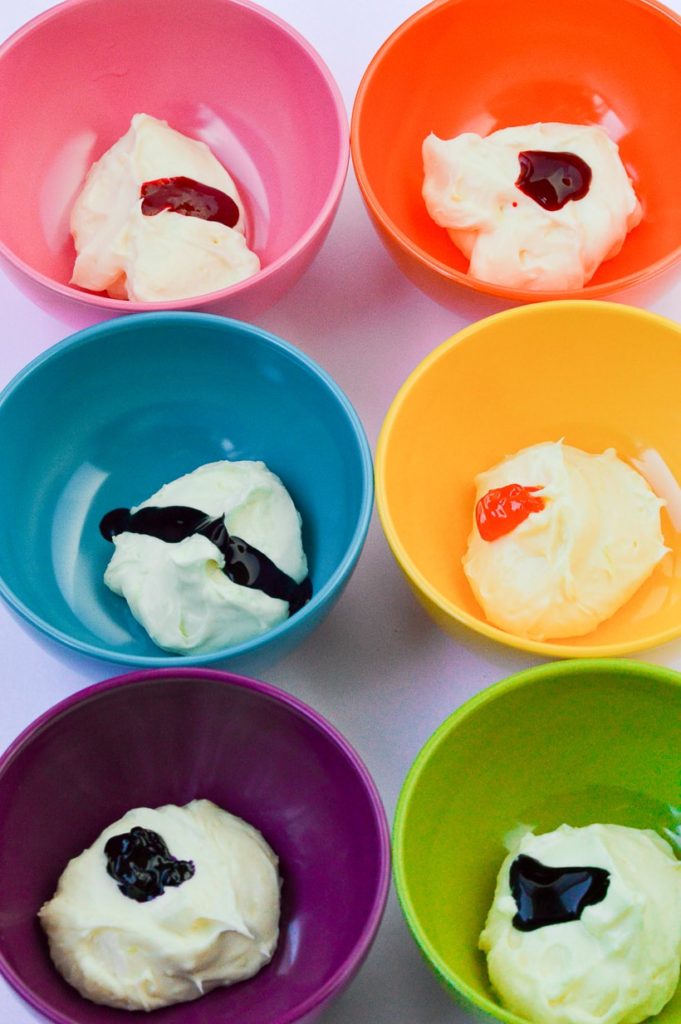 You can make this ahead as well, and keep it in the fridge until ready to use. Just be sure to let it come to room temp and re-stir a bit before you use it so it’s easy to spread on dough.  Once the dough is done rising, it will look like this: 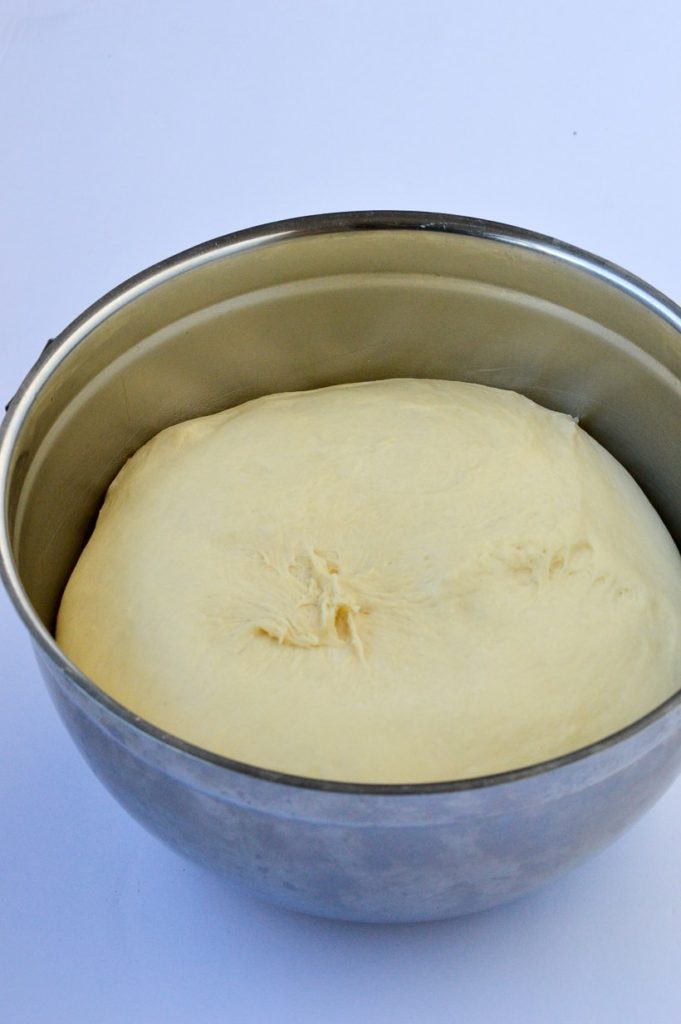 You can put it on a lightly floured surface ad roll out until it is about 12 by 9 inches.   Once it’s rolled out you’ll want to lightly line the dough based on the number of colors you plan on using. I used 6 colors, so I made  light marks every two inches on each side and then lightly connected the lines using a paring knife. 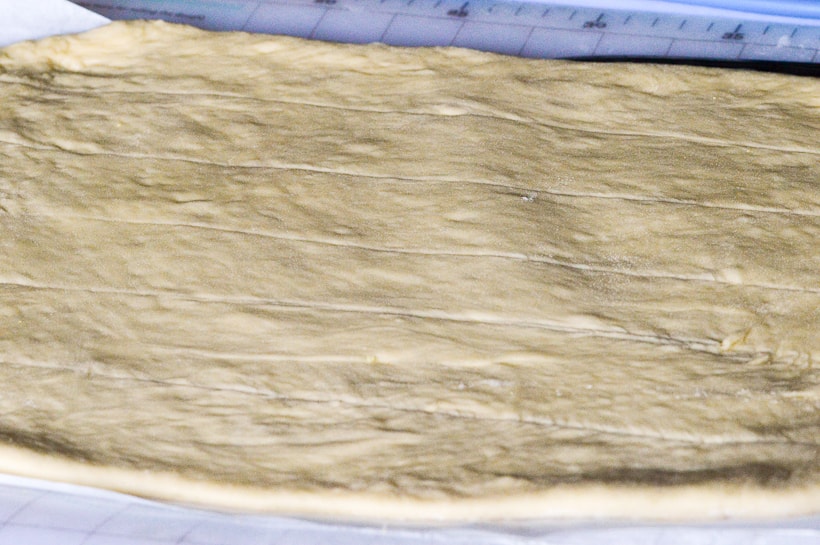 Once the dough was lined, I used a spatula to fill each line with a color. Wiping down the spatula in between each color. 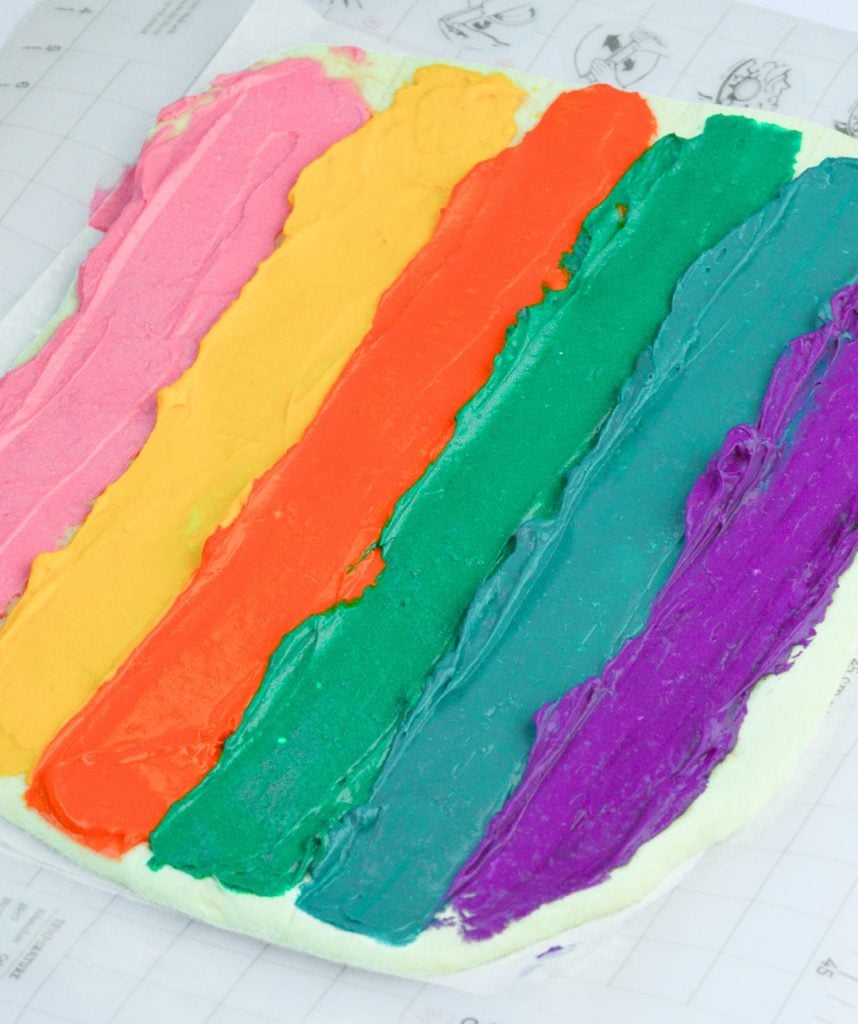 Then, slowing roll the dough into a long thick rope. You’ll want to try and get it as tightly rolled as possible. And make sure you roll the long side, rather than the short side.  Then, transfer to a parchment covered baking sheet, cover and let rise another 30 minutes.  Preheat the oven to 350.

After the dough has risen again, you’ll start about an inch from the top and cut down the middle of the roll with a very sharp knife.

Then, carefully braid the two piece, trying to keep the swirl at the top if possible. It’s okay if it’s kind of messy, it makes the bread look really nice once it’s baked. 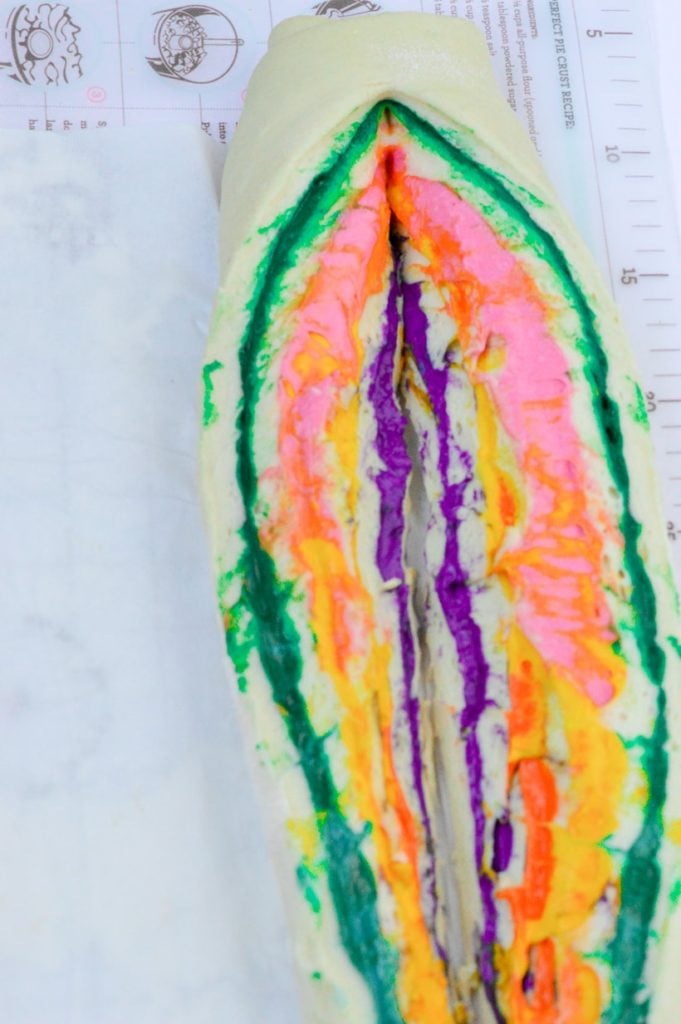 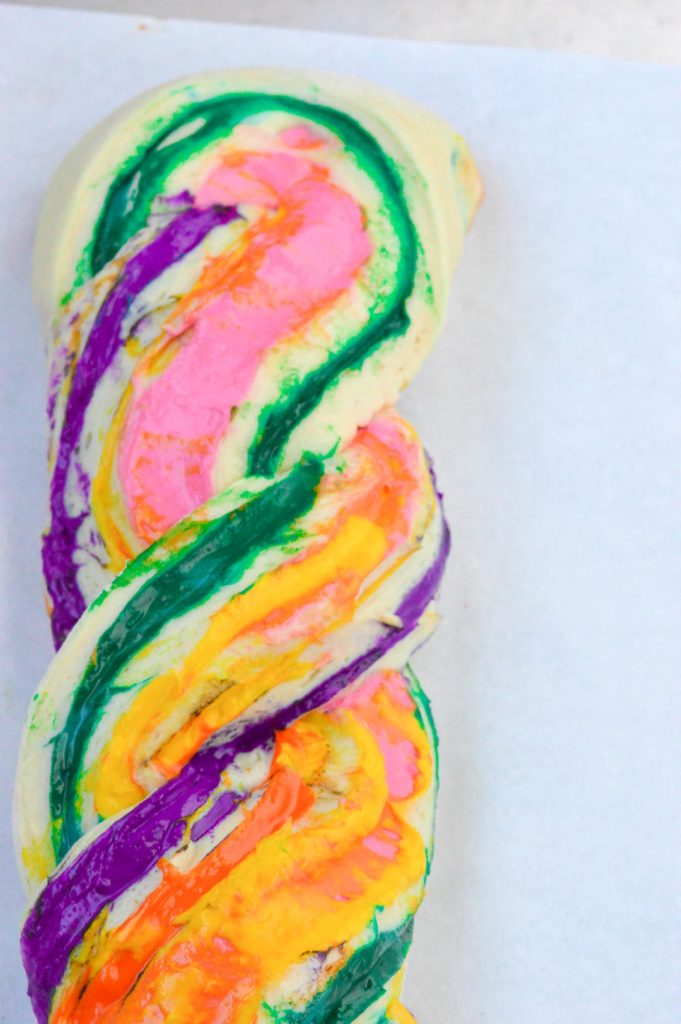 After it’s braided, cover the dough in egg white wash and bake for 40-45 minutes at 350 degrees, until the middle reaches about 190 degrees with a thermometer. Then, let cool, slice and enjoy! 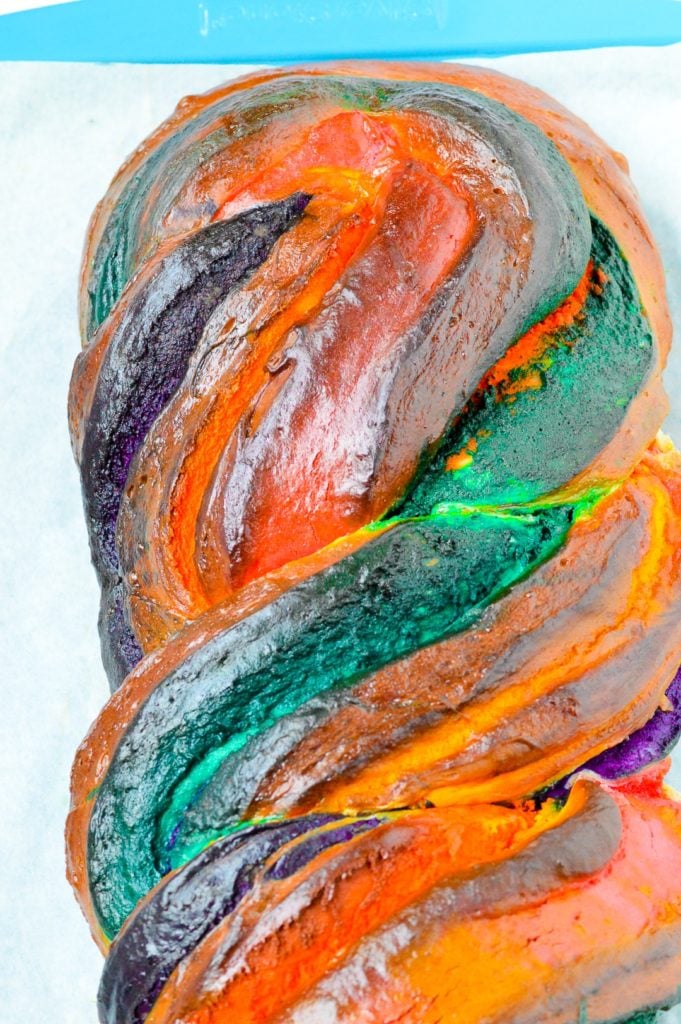 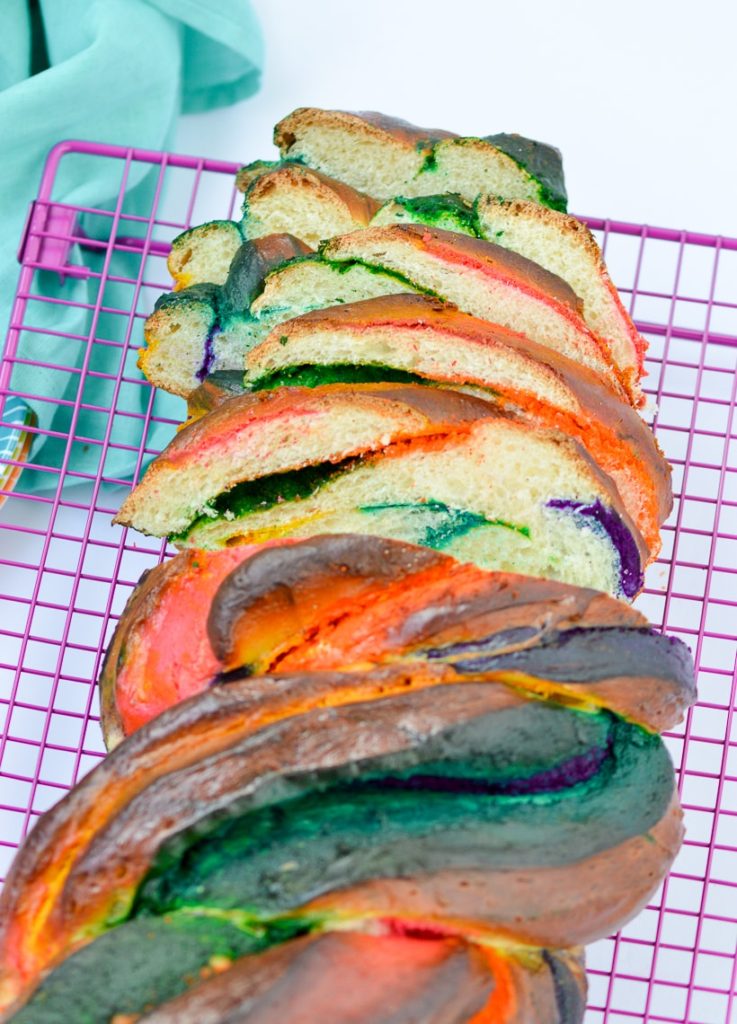 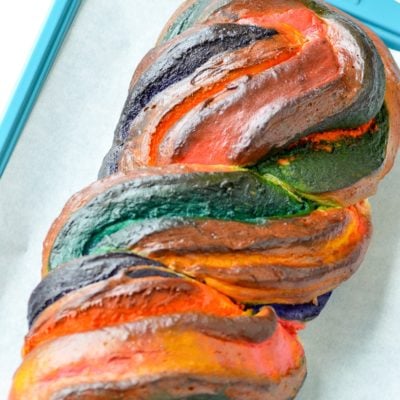 This Braided Bread is perfect for a snack, breakfast, or brunch - not to mention makes delicious french toast. With a slightly sweet lemon cream cheese swirl, it will brighten up any meal.
No ratings yet
Print Pin Rate
Author: Sophia Assunta 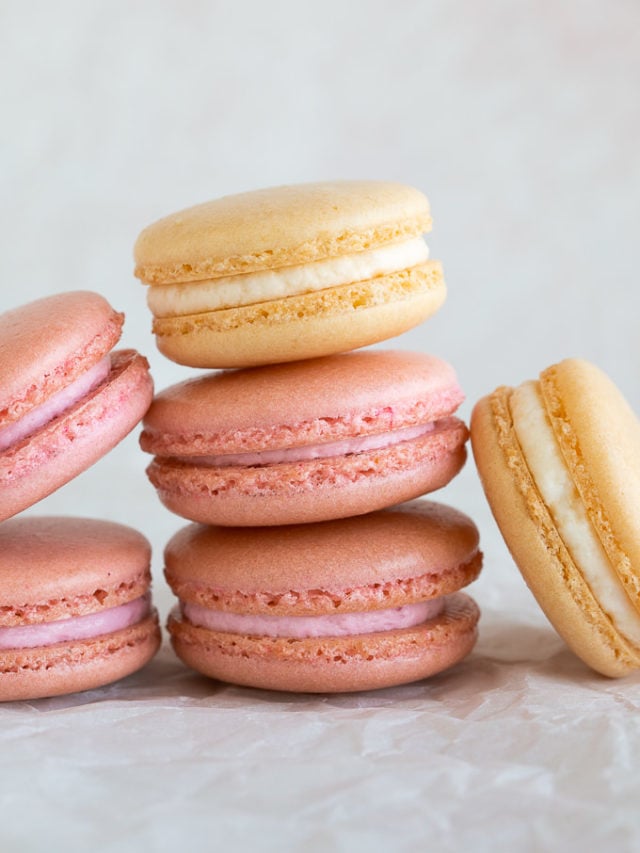 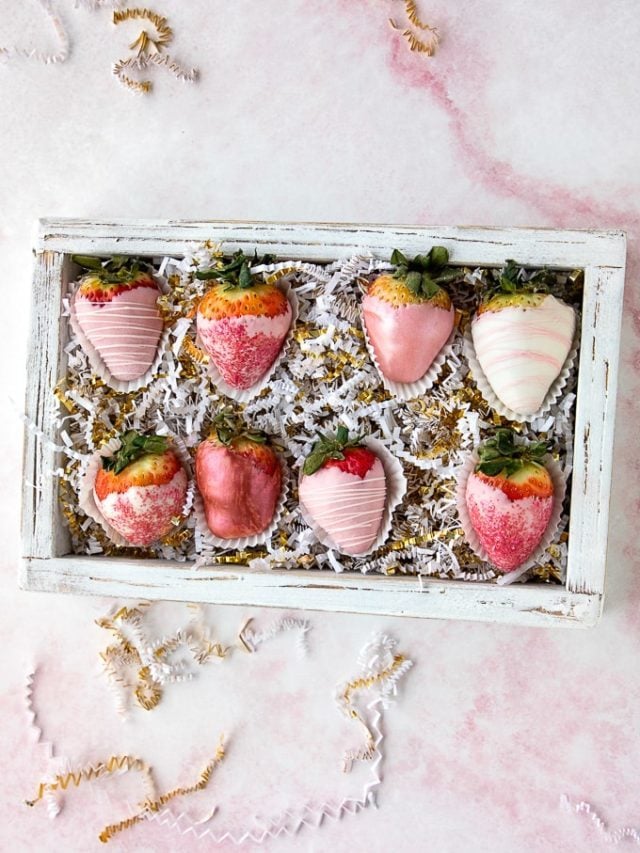 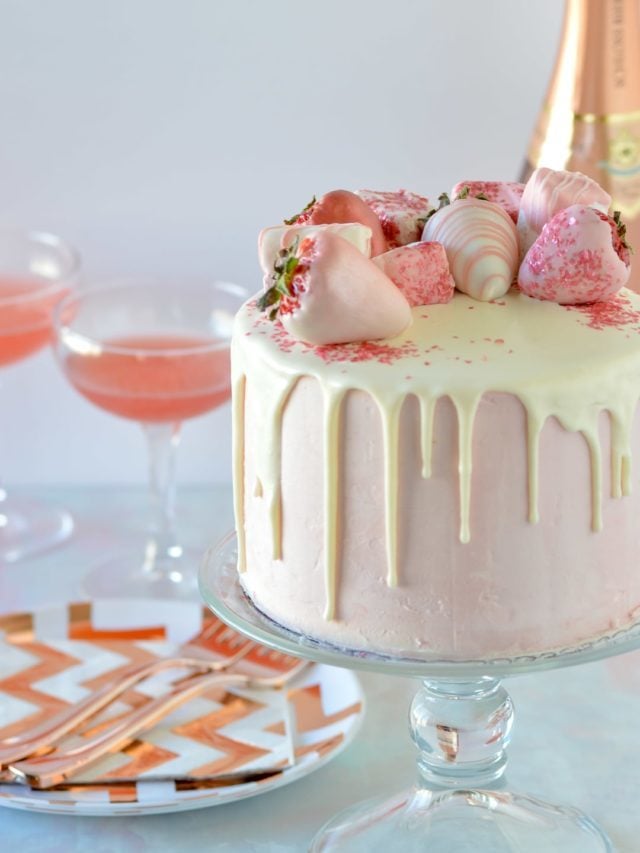 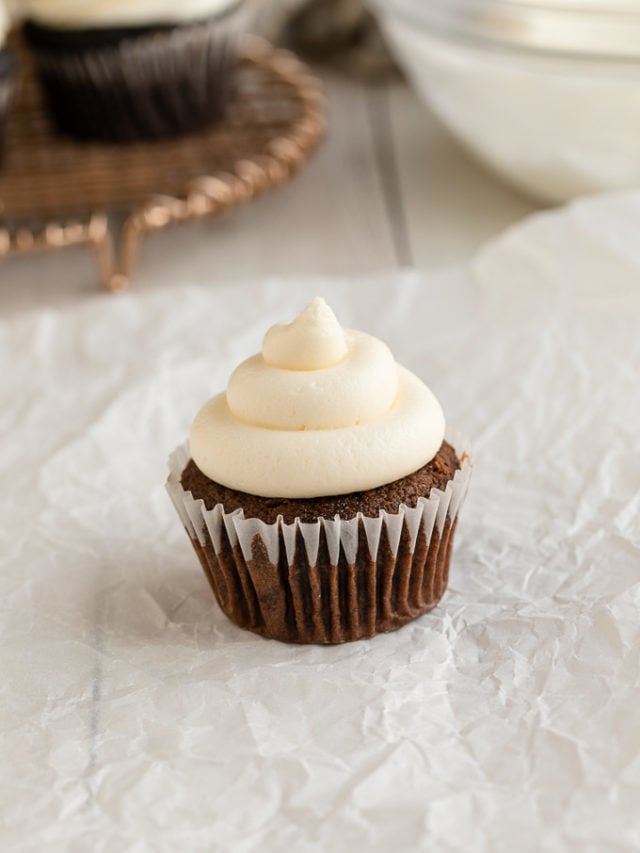