This simple fava bean crostini is a delicious broad bean dip or spread paired with crostini and manchego cheese. This dip can be made a few days in advance making it the perfect party appetizer for spring. 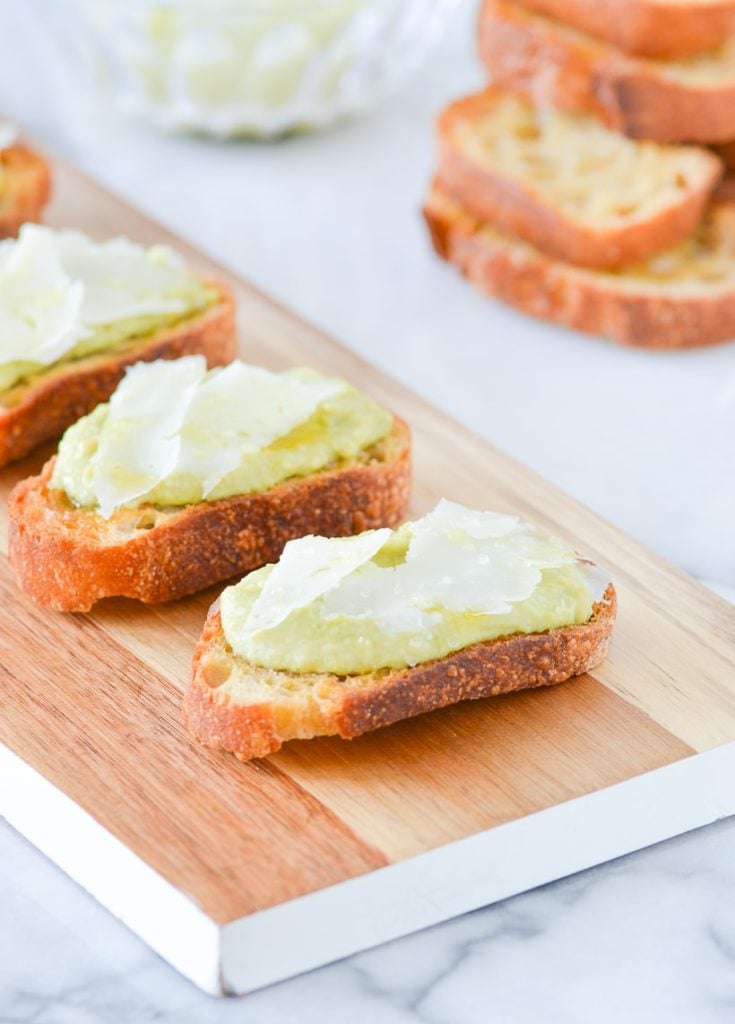 Also known as broad beans or horse beans, fava beans can can be hard to find off-season.  And for this recipe you need fresh fava beans – dried will not work.  The good news is you can often get them on sale for $1 or $2 dollars a pound in April and May, making this a perfect springtime dip or appetizer!

In order to shell the bean, you’ll want to bring a large pot of water to a rolling boil. Once it’s starts boiling add the fava beans and cook for 8 minutes. While they’re cooking, fill another large bowl with ice water. 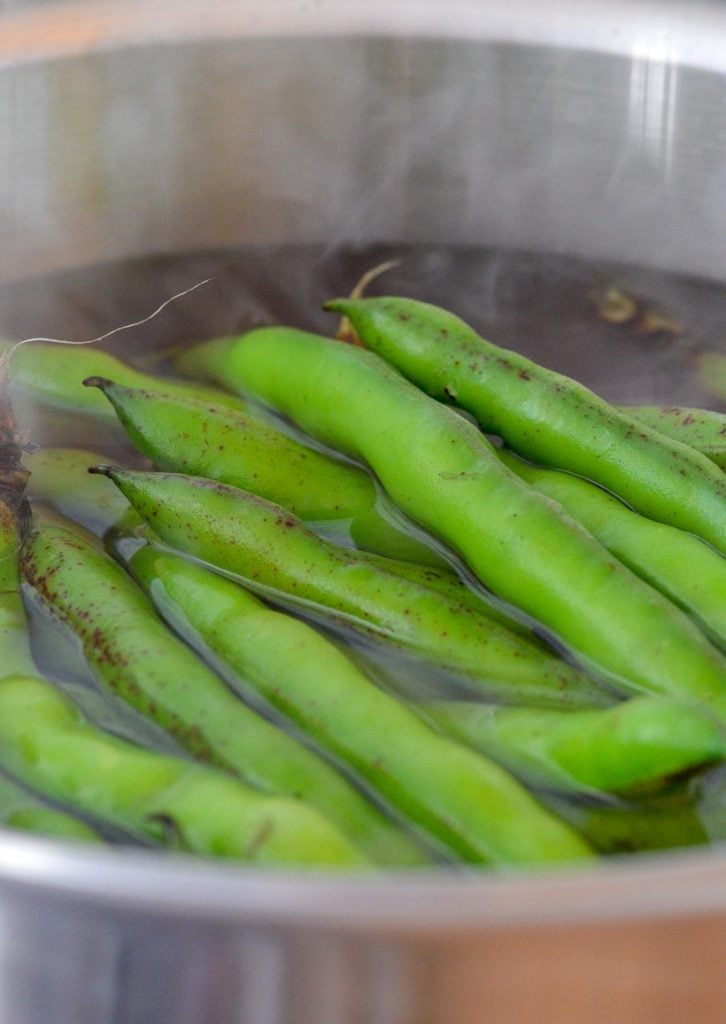 Once they’re cooked, use a slotted spoon to transfer the beans to the ice water bath. Once they’re cooled, you can strain the beans out and tap dry with a towel.   Then, shell both the outer and inner shell leaving only the bright green inner beans. 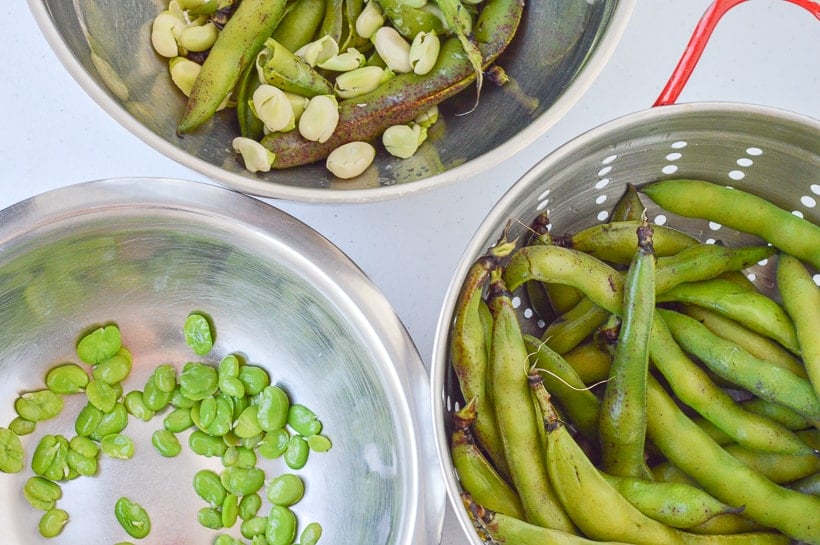 You can leave the inner shell on but  but it will give the beans an earthy flavor and you won’t have that signature bright green fava bean look.

Once they’re shelled add them to a food processor along with lemon and garlic and puree until smooth.  While still pureeing, slowly add the olive oil.  If you want, you can stop here and serve with crackers and veggies and a dip. Or, you can assemble into a delicious crostini appetizer. 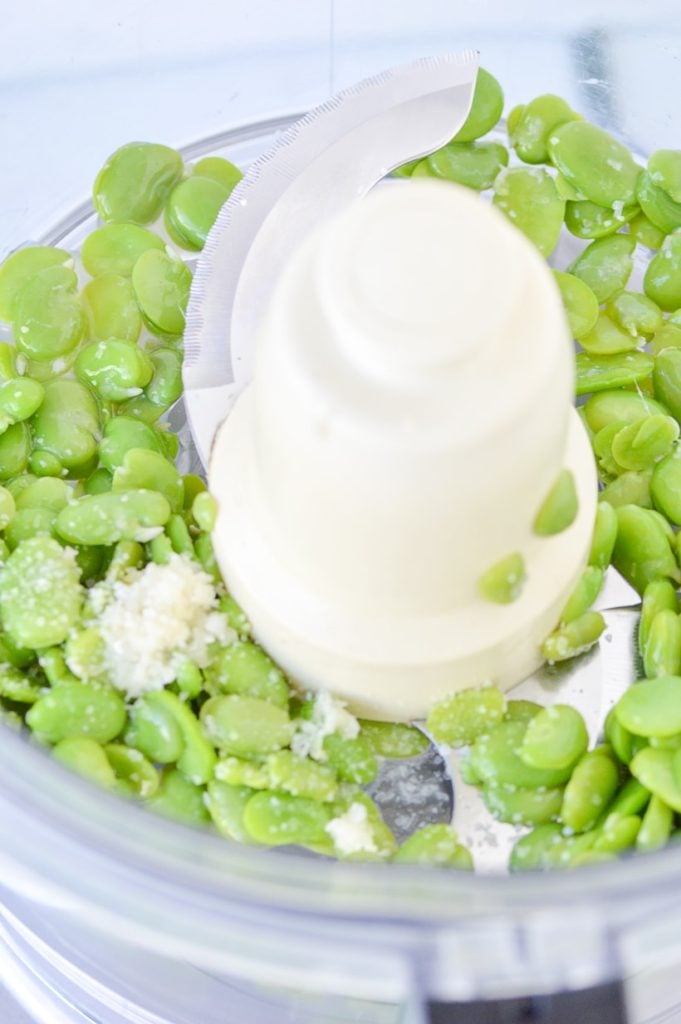 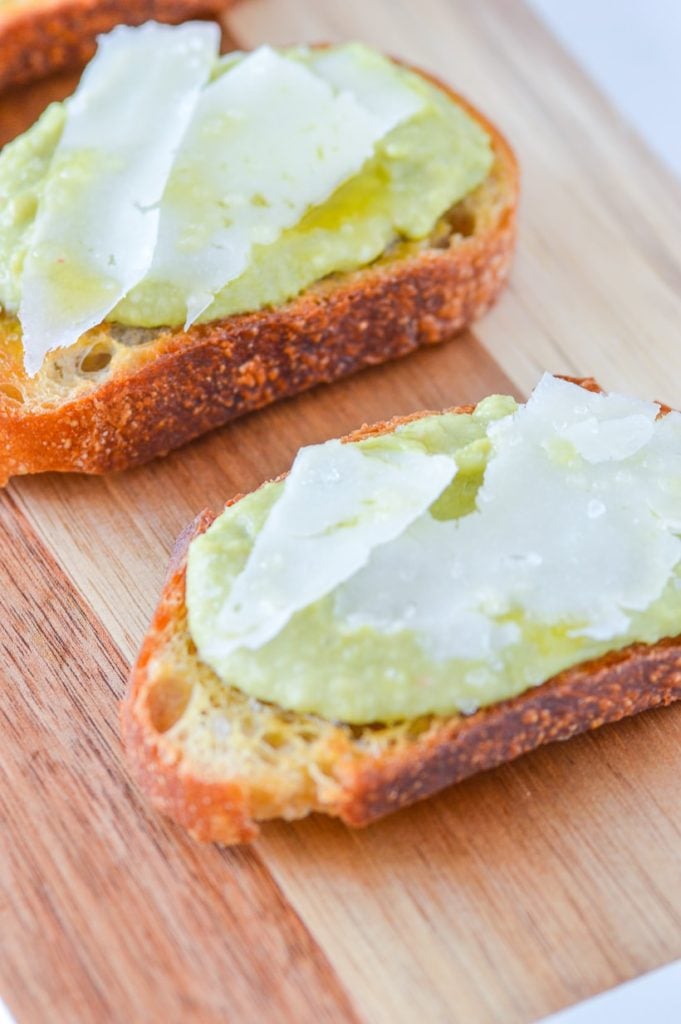 Making Ahead and Storing Fava Bean Dip and Crostini 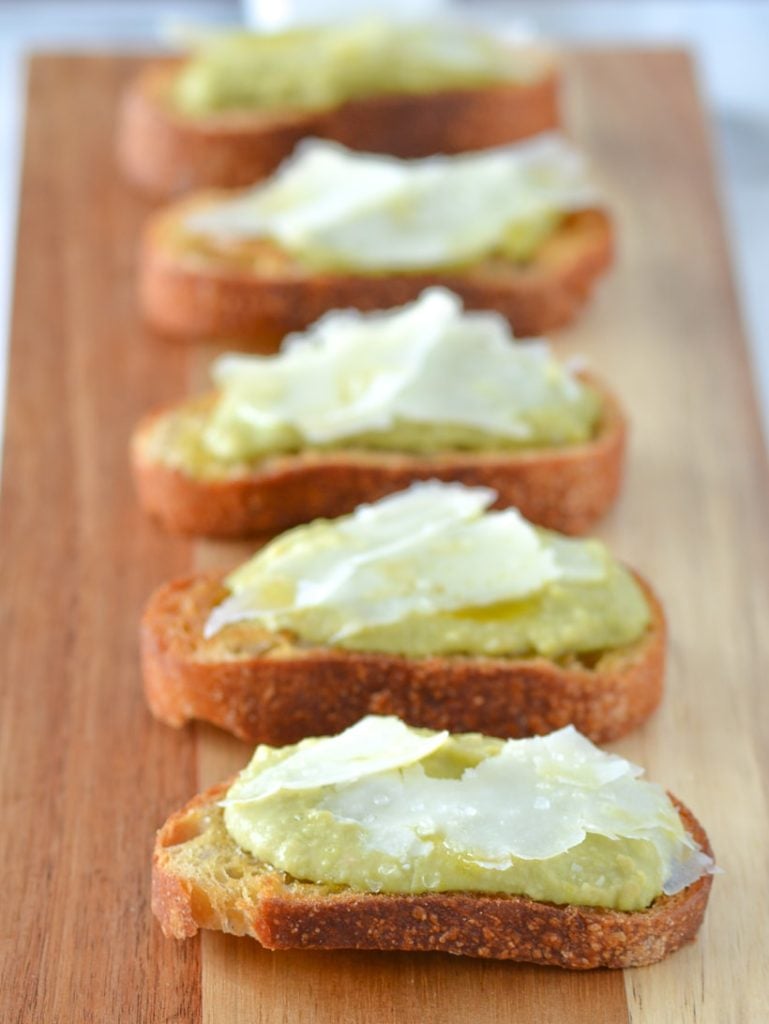 Look for more easy appetizers? Check these out! 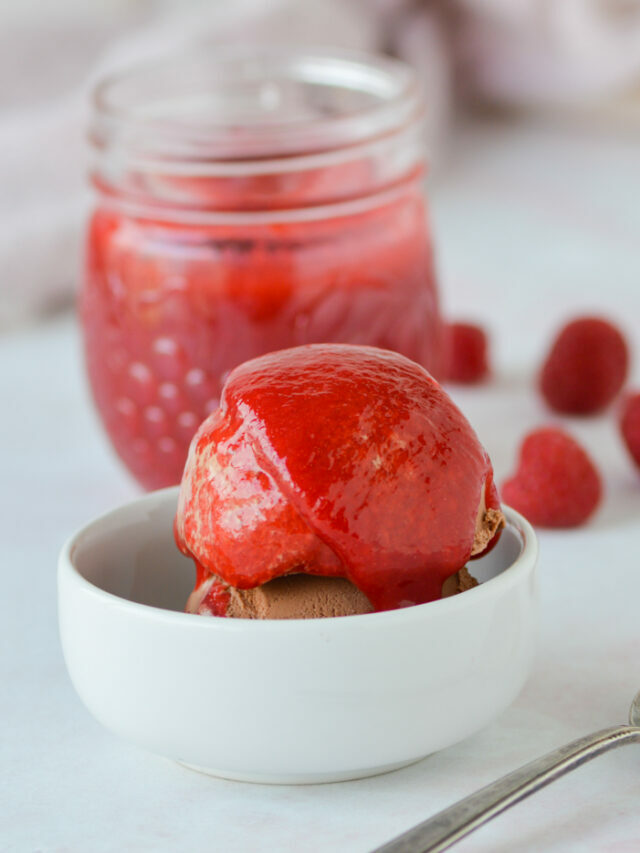 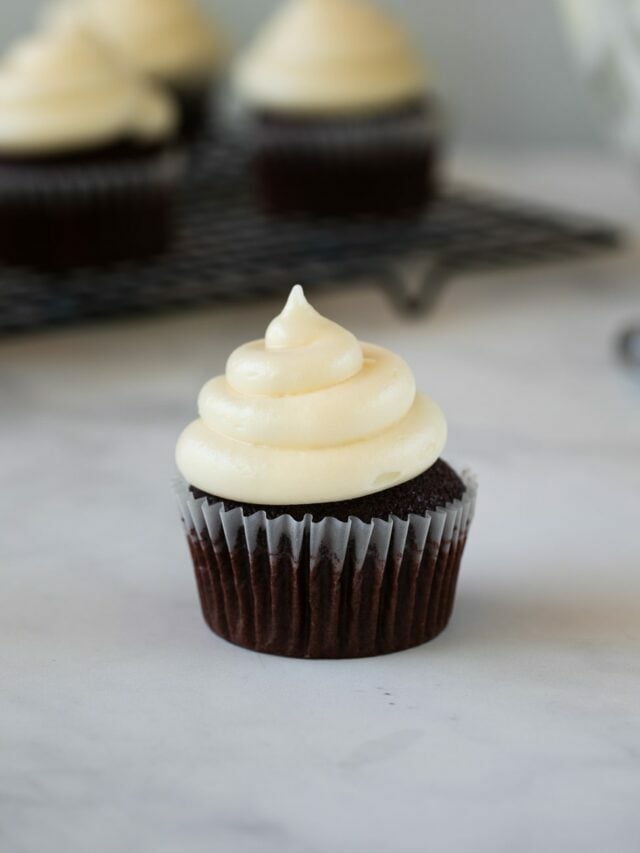 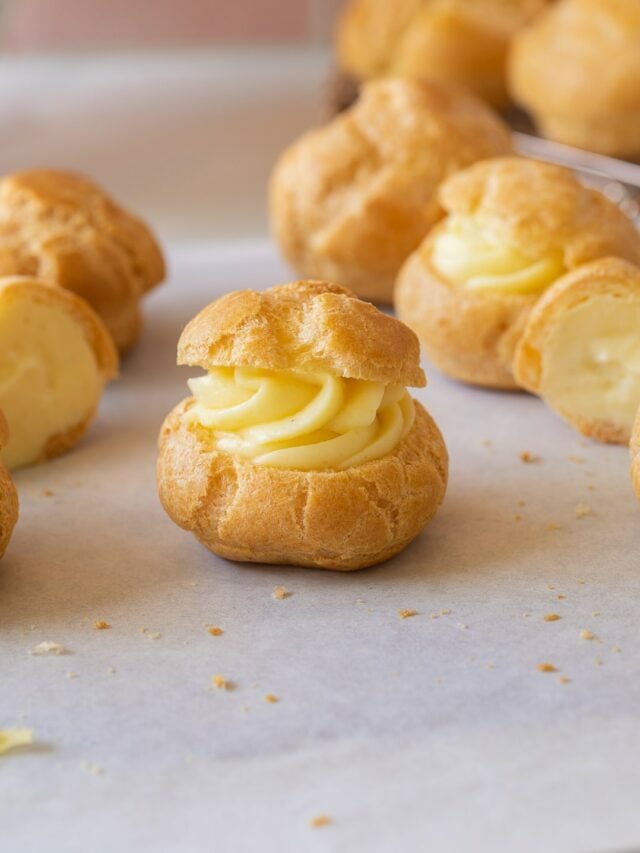 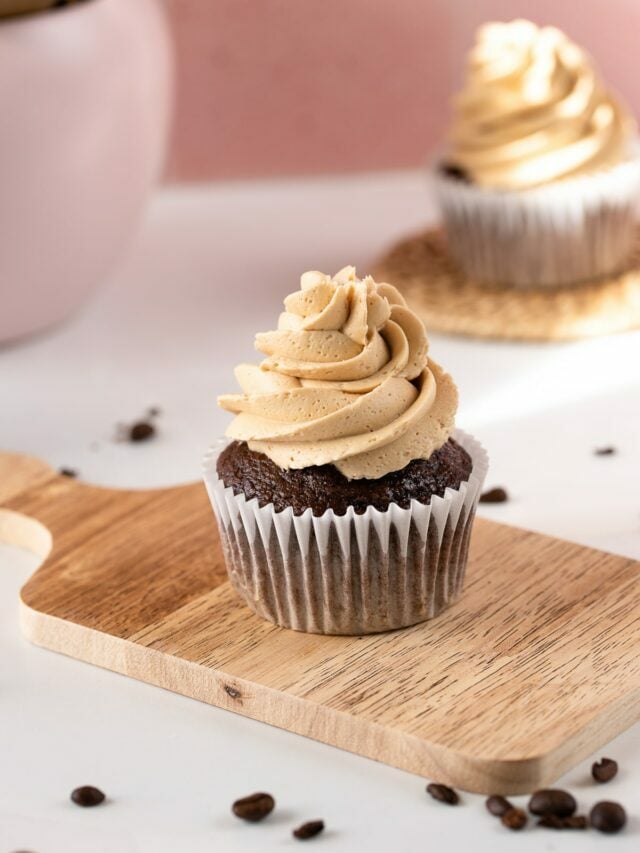 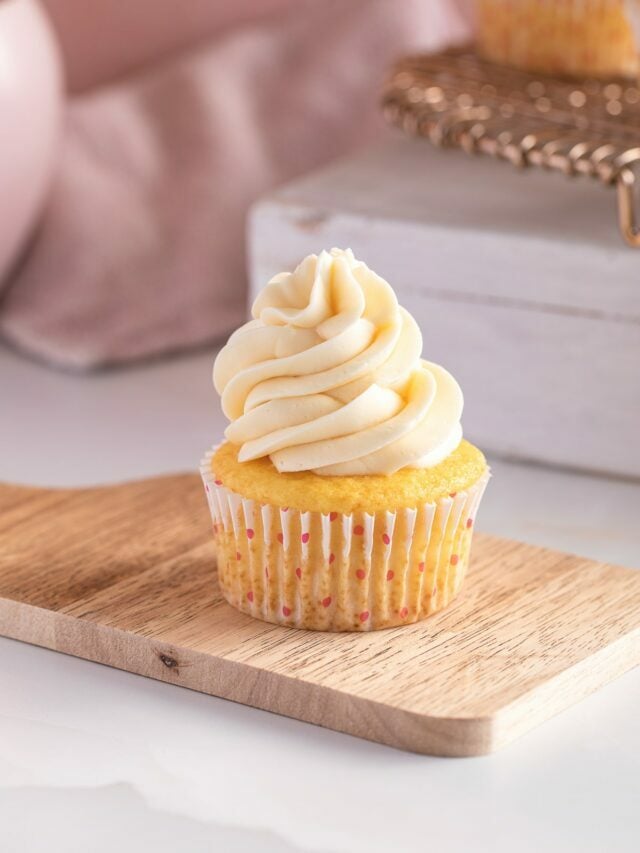