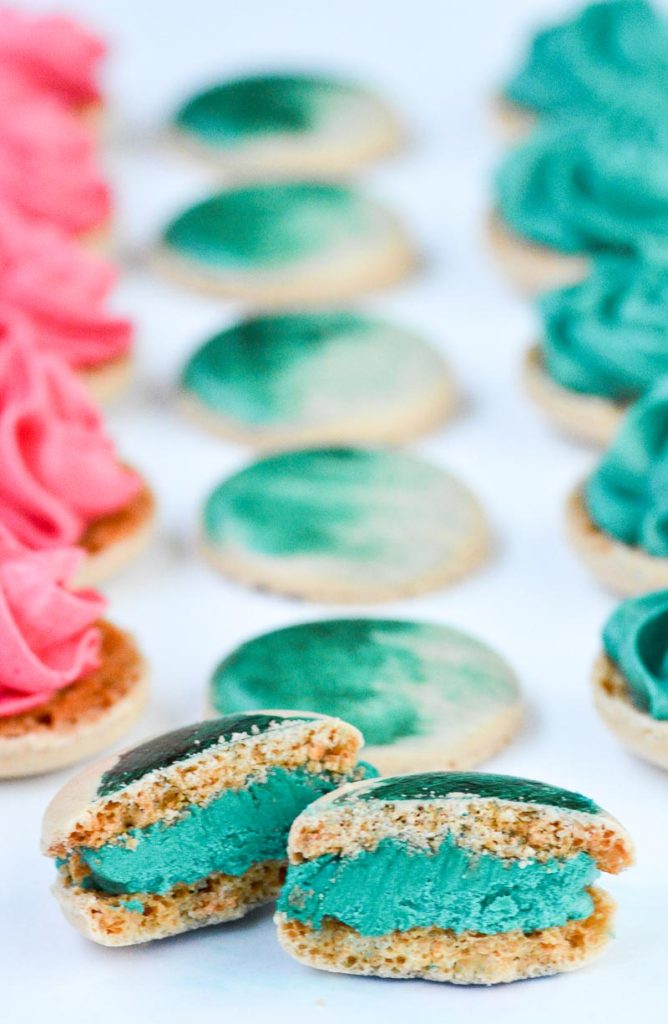 I love macarons.  You can do so many different flavors and combinations. From the first time I made them at an easter party I was so hooked. Of course they didn’t turn out at all. While they looked really pretty, technically they were a mess. Some were hard as a rock and some completely hollow.

I tried many different recipes before landing on one that is pretty much foolproof. I use Bravetart’s recipe.  It’s so easy and straightforward and a really great recipe. I do need to cook mine a little longer. I typically preheat at 350 and then turn it down to 300 when I actually cook them. But, it really breaks down the recipe into easy parts.

I do meticulously measure all of my ingredients. So, a scale is super important. Then, you beat the egg whites, sugar, and salt until stiff peaks form. While they’re beating you can sift the almond meal and powdered sugar together. Then, them most important part of Macaron making is the macaronage, which is mixing the egg whites and almond meal/powdered sugar mixture together until it reaches the right consistency.  It’s better to err on the side of caution. You do not want to over mix the batter. Then, you pipe the macarons onto a slip mat or parchment paper. You want to make sure to wrap it on the counter to bring any air bubbles out.  And then, you’ll want to take a toothpick and pop any air bubbles. Like Bravetart, I do not let my macarons rest before cooking. 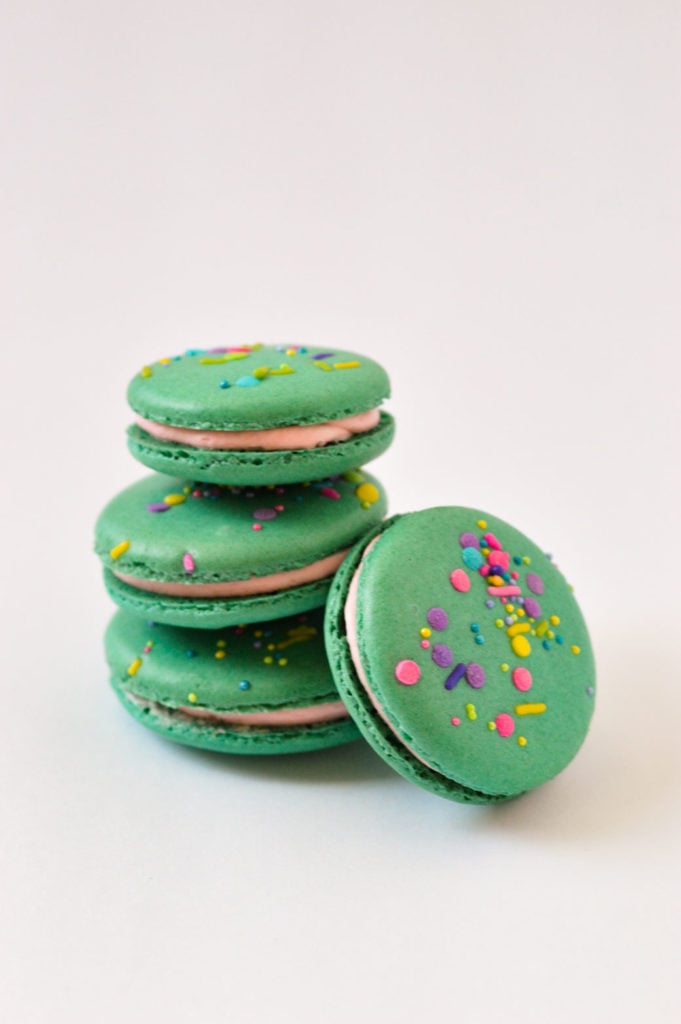 Then, you can fill using a swiss meringue buttercream, lemon curd, chocolate or whatever you wish.

I do let my macarons mature in the fridge for 2-5 days.  This is when the filling from the macarons softens the cookie. So good! 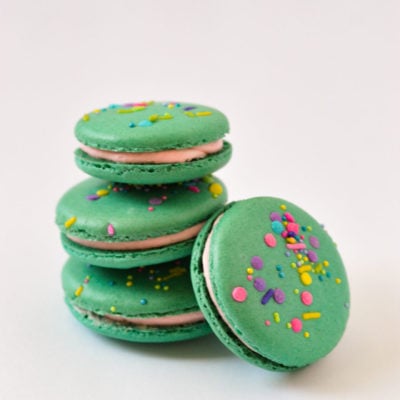 Tried this Recipe? Tag it for Later!Mention @SophiaAssunta or tag #Partylicious!